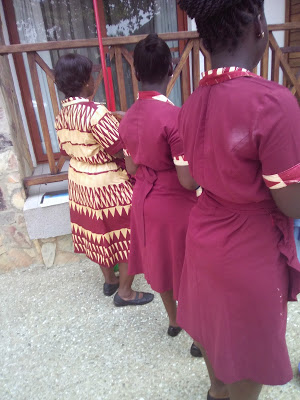 I recall a part-time job I had several years ago to supervise the housekeeping department of a hotel in Accra. The personnel included three mature married women and one young lady. They complained about everything and anything including not being ‘respected’ by management and the rest of the hotel personnel, much more, guests. They considered themselves to be ‘JUST CLEANERS’. My first task was therefore to instill pride in them.

Over the years, having interacted with quite a number of hotel personnel, I have observed this attitude is not unique to those I supervised above. Many carry the same attitude in hotel housekeeping across the country.

Work is therefore a major source of dignity in our lives. Many of us spend the majority of our waking hours at work earning a living. In this part of the world, it’s a joke, it seems, to advise someone to quit the job ‘if s/he cannot take pride in it’.

For dignity to be rated high among hotel housekeeping personnel, the room attendant/housekeeper, management and staff and the hotel guest each has a role to play.

Uniforms: A professional image is crucial for success in the hotel industry irrespective of the position one holds. The right uniform sets the stage for a positive first impression, builds staff members’ confidence and may likely influence the provision of a better service. In the bigger hotels, where the uniform is consistent with hotel’s brand and identity, guests feel comfortable and well-tended by staff.

I understand the unspoken messages uniforms and dress code give. They should be functional /appropriate, promote others’ respect for the employees and be beautiful to look at on personnel.  Safety and aesthetic factors must be considered. Although housekeeping  staff may not directly service guests, they often encounter guests in the hallways or elevators and should continue to project the professional image of your hotel.

Lack of appropriate equipment and tools: Every job has its own necessary tools, no matter how skilled an employee may be, s/he will never be able to function at full capacity if there is lack of tools. Targets will not be met.

Many hotels fail to provide appropriate and adequate tools in housekeeping, or allow a lack of tools to develop when those that were initially supplied wear out or run out. The same problem is present when there is lack of tools when compared to the number of employees who need to use them. Beyond the direct impact that a lack of tools has on productivity, there is an impact on employee morale which must not be overlooked. When employees are trying to work at their jobs with pride and dedication, but are held back by a lack of tools, it is very frustrating.

Lack of Training:Tasks to be performed by housekeeping are usually assumed to be ‘easy’ so there is limited in-training for housekeeping personnel. Further, there is no opportunity for formal training to become a certified hotel housekeeper in Ghana.

Sheer Disrespect: Some people just do not value the work of others and/ or underestimate what is involved in achieving a clean and attractive environment.At first glance the job seems

Working Conditions:The work of a hotel housekeeper is demanding. Housekeepers need to bend, climb and move furniture in each room being cleaned. They may clean up to 20 rooms in a day and as a result, the work involved can be very tiring and strenuous. A job in hotel housekeeping can be rewarding.

Mistrust:Most hotels do not allow their housekeepers to use phones while at work.They are also not provided with walkies-talkie which could help with communicating incidents they encounter in guestrooms.Between hotel guests and management, housekeepers are the first suspects when a loss is reported.

Despite all the above factors some of which are influenced by management and hotel guests, the onus is still on the individual housekeeper to take pride in what s/he does. As advised by an Executive Housekeeper, ‘you must first want to do it then love it to be in it’.