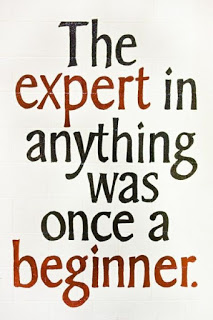 The quality of interactions between guests and hotel personnel are influenced by the skills, attitudes and knowledge of the latter, the service providers.

Note that there is no opportunity for ‘service products’ to be inspected before delivery. Service is consumed while it is being delivered.

That was where we left off in the previous article by describing service as SIMULTANEOUS.

Could this be a sufficient reason for hotel employers to insist on recruiting personnel with rich experience at front-of-the-house positions?

In this article we continue our discussion with another set of challenges under the characteristics of service.  Kindly refresh your memory by rereading the post ‘THE IMAGE OF HOTEL SUPERVISORS -DEMANDS & UNIQUE CHALLENGES-PART III’ (04/20/2018) and letter to the General Manager about Ms Tea’s stay at Discovery Inn as we discuss the following characteristics of the service:

Ms Tea: I was informed all the rooms were of the same size but found out too late(on the fourth day, when I was quite settled) that the garden view rooms were reasonably big and more comfortable. There was no price difference though.

Ms Tea: I called the front desk for a bucket to heat water( I explained to them I had my own water heater). The staff insisted on bringing me hot water.  The water took the longest time to have it delivered. Indeed I called them twice. When it was delivered it was not as hot as I wanted it and I had to ask for a pail which also took additional time.

Ms Tea: Often after finding a place to sit I had to call for the attention of a waiter. On three occasions wrong food was presented to me. Getting a waiter to take me through the menu was often laborious.

You may have observed that the quality of the service delivered would have varied depending on who provided the service.

In other words, within a particular hotel, in a department, you may have one employee being courteous and helpful while another is arrogant and obstructive.

A particular employee may offer a fast efficient service and within a short period but that same personnel may be found delivering a slow or inefficient service. Differences do occur in how a service is performed by the same person over the course of a day to different guests/customers!Service is therefore said to be VARIABLE.

Ms Tea’s letter to the GM suggests a variance in the quality of interaction between she and the receptionist as against her interaction with the barman. Below is an extract from her letter:

Starting from the day of arrival, I intended staying for three nights but I was informed I could stay for only two. During a chat with the bar man at the bar lounge the evening of my arrival, somehow, I mentioned this challenge and he assured me he would ‘do something about it’. I was not too sure what that ‘something’ meant and if I would be required to give a fat tip for that, if he is successful. I decided to overlook it and assumed he was just trying to be friendly.  I ended up staying five nights, becoming friends with a few of the employees, obviously including the bartender!

Standardizing service (developing standard operating procedures) is one of many efforts made by Supervisors to deliver high and consistent quality service.  Selecting good and qualified personnel, role playing and continuous training of personnel also influences consistency in service delivery.

Service is also said to be PERISHABLE. It means that if a service ‘product’ is not sold it will go ‘waste’, it cannot be utilized in that same time frame. Services can neither be inventoried nor stored for later usage. Tangible goods and products, on the other hand may be inventoried and stored.

Read through ‘The Encounter’ and Ms Tea’s letter to the GM of Discovery Inn. Using Ms Tea’s experiences, give examples of your understanding of the nature of service as perishable.

However good the services of the Bar man, his best service capability would be wasted if there was no guest to apply his knowledge, skills and attitudes to as long as he is on duty. Similarly, a prepared guestroom which is not sold  or occupied today is also described as wasted/perished.  We cannot take ‘tonight’ and sell it tomorrow.

We discussed variability in the behaviors and performances among service workers and even of the same employee with different guests, earlier.  The output/result is described as HETEROGENEOUS mainly because it is difficult to achieve uniform outputs.

Identify all the areas of Ms Tea’s 5-day stay which require standard procedures. Develop Standard Operating Procedures in your area of competence. Seek the assistance of other Supervisors to develop the other areas which are not under your direct supervision.

The final distinguishing feature of a service is that the guest does not take possession of the service ‘product’. The guest pays only to secure access to or use of the service.

LACK OF OWNERSHIP is therefore a basic difference between a service industry and a product industry since the guest only has access to or just uses the facility.