Cape Coast is known as the cradle of education in Ghana as it houses some of the oldest and best-performing schools in the country. There was a 3-part series on this platform show casing the Department of Hospitality and Tourism Management, University of Cape Coast.

For the next three weeks we are featuring THE DEPARTMENT OF TOURISM, CAPE COAST TECHNICAL UNIVERSITY (CCTU). Welcome. 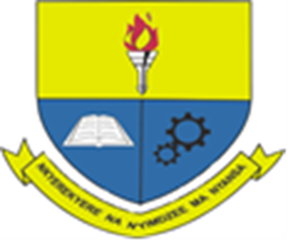 Vision: To produce graduates who will be able to supervise or manage jobs in the tourism and hospitality industry or establish their own businesses in order to reduce unemployment in the country.

Headed by Mr. Michael Kissi (Senior Lecturer), the Department of Tourism has fourteen (14) teaching staff, eight (8) of whom are full time lecturers and six (6) servicing lecturers. In addition, the department has six (6) support/administrative staff. Currently, 11 lecturers have enrolled on various Ph.D. programmes.

Plans are far advanced to roll out Four-Year and Two-Year (Top-Up) Bachelor of Technology in Tourism Management programmes, with approval and accreditation of Ghana Tertiary Education Commission (GTEC), by the 2021-2022 Academic Year.

The Head of Department of Tourism, Mr. Michael Kissi, is my Guest. He has also given me the opportunity to speak with some alumni from the department. I begin this session, however with him.

HOST: Thank you, Mr. Kissi, for this privilege; coming to ghhospitality.net to showcase the Department of Tourism, Cape Coast Technical University (CCTU). It’s an educational platform and so far, the few institutions we have showcased have given some of us the opportunity to update ourselves on education and training in the hospitality and tourism industry in Ghana.

According to its history, CCTU was originally a Polytechnic. It has gained the status of a Technical University. How long ago was this and what changes has the department gone through?

GUEST: Thank you for this opportunity to feature our department on ghhospitality.net, which is doing great in informing the general public on the happenings in tourism and hospitality education across the country.

Indeed, our institution was established in 1984 as a second cycle institution. In 1986, it operated under the administration of Ghana Education Service to offer intermediate courses leading to the award of non-tertiary certificates. In 1992, the Polytechnic was upgraded to tertiary level by PNDCL 321 to run programmes for the award of the Higher National Diplomas. Further, the Polytechnics Act, Act 745, 2007, gave the Polytechnic the mandate to run degree programmes. This was further consolidated when the then Cape Coast Polytechnic was converted to a technical university by the Technical Universities Amendment Act, Act 974, 2018, following the passing of the Technical Universities Act, Act 922, 2016.

Some of the changes that our conversion has brought to the Department of Tourism include the development of a Bachelor of Technology in Tourism Management curriculum; Four-Years and Two-Year Top-Up programmes for the approval and accreditation of the Ghana Tertiary Education Commission (GTEC), which have come to replace the erstwhile National Council for Tertiary Education (NCTE), and the National Accreditation Board (NAB).

Hopefully, for the next academic year, GTEC would have given us the accreditation to run these two programmes. Another change that the conversion has brought to the department is the increased impetus to convert all our courses under our programmes into Competency-based courses in content and delivery; and thus move away from just the theoretical delivery of tourism and hospitality education to blending theory and practice. This ensures that our graduates are holistically and competently trained to contribute to the development of the tourism and hospitality industry upon their graduation and subsequent employment in the industry.

HOST: Great! I wish you well in the competency training when it comes on. I have two concerns I would like you to clarify as you ‘open your doors’ to show case the department. The first is to find out if we still find many students getting into the tourism course accidentally …perhaps they didn’t get their first choice or they think it’s an easy subject area?

GUEST: Indeed, a lot of students enter the department knowing very little or nothing about what the subject of tourism is all about. In fact, when I was admitted to the University of Cape Coast in 1997 to read tourism, I virtually did not know anything about it. And I can say the same thing with a sizeable part of our students who are admitted to read tourism.

I think one of the factors accounting for this is that, at the Junior and Secondary or Senior High School levels, there are no dedicated subjects in tourism, as in other countries, such as the UK, Australia and the USA. I concede that, you would have snippets of tourism touched on in Geography, history, and Cultural Studies at the lower levels; but, I do not think they are adequate to allow students to appreciate the enormous and vast industry called tourism.

However, there are few students though, who chose to read the tourism as a programme at the University because they probably may have encountered the industry through their relatives and friends. Thus, your observation that, many students may be getting to read tourism programmes accidently, or because they didn’t get their first choice programmes, or think tourism programmes are easy programmes is very true. Even among faculty of other programmes in our tertiary space, ignorance of the subject of tourism is exhibited.

The reality, however, is that, tourism is a major force in the economy of the world, an activity of global importance and significance, employing and supporting across the world more than 319 million jobs; representing 10.0% of all global employment, or one in every ten jobs worldwide. Again, the sector accounts for one in five of all net new jobs created across the world over the past five years. In 2018, tourism was the second fastest-growing sector in the world, and it was only marginally behind manufacturing. In fact, tourism has helped to reduce trade deficits in many countries and contributed greatly to their socio-economic development.

HOST: What other misconceptions have you had to deal with among students?

GUEST: Some of the misconceptions about tourism I have had to deal with among students and the general public include, the common perception that tourism is mainly about international travel and by air, whereas the reality is that tourism throughout the world is predominantly domestic; that is, people travelling within their own country; and by surface transport mainly car. In fact, globally, domestic tourism accounts for about 80% of tourist trips.

Another misconception is that, tourism is a narrow field of study and research; whereas the reality is that the study of tourism draws in a wide range of perspectives from a variety of disciplines including geography, history, ecology, psychology, sociology, economics, urban and regional planning, business, marketing, law, customer service and so on. Indeed, tourism studies is expected to be flexible and break through the parochial or narrow boundaries of other disciplines or subject areas. Truly, tourism should be recognised as a social, cultural and economic phenomenon related to the movement of people to places outside their usual place of residence, for several purposes including leisure, education, health, business, and so on.

Again, many students think tourism is a relatively easy subject to study, and are attracted to its study as an exciting, vibrant subject, and applied area of economic activity, which I believe it is. However, to be successful, tourism demands very high standards of professionalism, knowledge and application from everyone involved. This is felt to be in contrast to the image of tourism as a leisure, recreational, and pleasurable activity. It must be noted however that, tourism includes all types of visits including business, conference, health, and education.

A further misconception of tourism is that, employment in tourism means substantial travel and the chance to learn languages. Even though some aspects of the above hold true, most employment in the tourism and hospitality industry involves little travel.

Some are also of the wrong perception that, large multinational companies such as hotel chains and airlines dominate tourism. However, the reality is that, the vast majority of tourism enterprises in every destination are small and medium-sized enterprises.

Another misconception of tourism is that of being a straightforward sector or industry demanding little research or planning. The reality, however, is that tourism is a complex multi-sectoral industry demanding high-level planning underpinned by research, in order for it to contribute effectively to the socio-economic development of a country.

HOST: Wow! I see there is a lot of work to be done from the ground level.

The second concern is about the tourism products in Ghana. I know you intend to be taking us through some tourist sites in the country; but most of them have not been enhanced to boost career opportunities in the tourism sector. What are your views?

GUEST: Truly, given the vital importance of attractions as the main motivators of travel and tourism, more should be done to develop the enormous and diverse tourist attractions in the country. This would help to consolidate and diversify our tourism product offerings for the patronage of tourists, both international and domestic tourists.  Indeed, as we have alluded to, attractions are arguably the most important component in the tourism system. They are the main motivators for tourist trips and are the core of the tourism product. Without attractions there would be no need for other tourism services.

Certainly, tourism as such would not exist if it were not for attractions. I must also add that, tourism products may be defined as tourism attraction and all the other components and services in the industry that are combined to make the visitors stay memorable and a high quality experience. Thus, we may define it to include not only the tourist attractions and sites, but the accommodation, the restaurants and bars and other eating places, the transportation, the entertainment, and the travel intermediaries like the tour operators and the tour guides, and ancillary services such as banking, insurance, health facilities, security and all the other things that makes the visitors’ stay in a destination safe, enjoyable, and memorable.

HOST: This is just our introductory page to the Department of Tourism, Cape Coast Technical University! We will pick up next week with a peep of some of our tourism sites in Ghana visited by students of the department, a continuation of Part 1.

– Department of Hospitality Management of the Faculty of Applied Sciences, TTU – Part 3

The CCTU Tourism Department was home to some of us when we were there.